Positive Thinking: Of Conflicts, Technology and Standards of Living

Keep looking at the crops, you’ll never see the maze. How positivity emerges from historical developments of conflicts in the field of technology, elevating standards of living.

When it rains, it is not always bad news.

The same goes for conflicts. While government-funded research has resulted in really bad consequences for innocent lives (read: in the case of the atomic bomb(ing)), industries that sprung to life based on the idea proposed by Alan Turing brings tangible benefits to people.

Alan Turing’s paper talks about a machine that imitates man, where the said machine is human-like. The user can’t tell whether the machine they are interacting with is in fact, a machine or a human.

In the movie, The Imitation Game, the code-breaking of the Enigma machine shows how mathematicians work towards minimizing casualties. This is the same principle used by modern computer software, such as a campus management system that aims to minimize manual work and errors by reducing the number of manual effort.

However, we are not saying that these two things are similarly significant. Our main point is that they solve real problems in a similar way; the logic of programming is equivalent to the logic of mathematics. The rise of the machines in response to politics or nation building resulting in a quantum improvement in the quality of life; through delegating repetitive manual tasks to machines.

If Alan Turing was not recruited by British intelligence, it is possible that his work would be buried in the library of Cambridge University; never to see the light of day.

Mr Dell is an innovator. His company was born on a university campus. Today, we have Alienware (by Dell) for gaming. Inspiron for more “serious” use. Dell is a continuum of the economic history of computers. Without early computers and more fundamental research, there would not be Dell computers. And without computers being the money-maker for Dell in the early days, Dell would not derive ⅓ of its business from networking and cloud-computing today.

Or more soberingly, what would Lockheed Martin Corporation look like today without its participation in conflicts/defence. Would they have satellite technology? Or missile systems? Would they be 59th on Fortune 500?

Rise of the Machines

Moore’s Law says that there will be growth in the speed of computers while their sizes are getting smaller. This is related to the fact that the number of transistors on a chip doubles every year (currently revised to every 18 months) while the costs are halved.

Designers create computers with better-integrated-circuits which opens up a new dimension to boost productivity in manufacturing because manufacturers can automate work processes.

Automate is the operative word here. Automation is a recurring theme.

Past industrial revolutions saw assembly lines in which being efficient is very important. Now, I argue that it’s all about being effective. With smart computers, (yes computers that self-learn from data), they will learn to automate more and more processes. Data entry workers might have to do more added value work to stay relevant and that’s all good; it can form a basis for more wages.

With data analytics, being the buzzword, applications such as digital marketing and predicting consumer behaviour given changing prices or giving discounts, all these data analysis work shows that it is about being effective (effective data mining) and derive actionable insights (or more precisely solutions) that will give corporates comparative advantage over the competition. Data is the new oil and data is king.

Perhaps before, oil was the source of tension between nations, now it is about control of data and its associated technologies like 5G. Data, its use, its limitations, its application in daily life will be a theme of 21st-century life.


Author’s Note: This article ends here. There will be a sequel to this entitled Positive Thinking: Of Conflicts and Data Analytics. Be sure to subscribe here for more insights from Vialing 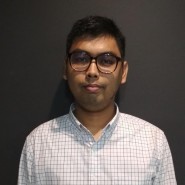 Enjoys playing soccer and having a good time with family and close friends. Drinks tea, used to love coffee.

Why Public Schools May Be More Important in an AI World

The Curious Case of Testing in System Development