Home > Education > The Big Drops in Student Enrolment: Why Does the Numbers Continue to Plunge?

The Big Drops in Student Enrolment: Why Does the Numbers Continue to Plunge?

It will not be easy managing higher education in the coming years. Many admit it is going to be an uphill battle. According to the National Student Clearinghouse, university and college enrollment have fallen nearly 9 percent since 2011.

The decline is not yet obvious as it follows many decades of tremendous enrolment growth. Let’s take a look at the top four challenges that student recruitment professionals face today and how we can work to address them.

According to the new data from Inside Higher Ed, the number of new international students fell by 6.6 percent at U.S. universities in fall 2017, and the decline appears to be continuing this fall compared to the year before. New enrolments fell 6.3% at the undergraduate level, 5.5% at the graduate level and 9.7% at the non-graduate level from 2016 to 2018.

For example, the declining number of students from the top 5 sending country which is Saudi Arabia has an overall decline to 15.5 percent. The number of Saudi students decreased at all academic levels, a change largely due to the Saudi government’s reduction in a foreign scholarship program that sent thousands of Saudi students to study at US universities.

Refer to the table below, it shows the total percentages change for the international enrollment from 2016 to 2018.

Besides that, the changes in a political party have also given some impact on the changes in the international students’ enrollment. Under the reign of President Trump, the United States has banned entry into the country by most Muslim-majority countries.

Iran, the only country affected by Trump’s travel ban, sends a significant number of students to the United States. Thus, the number of Iranian students decreased at undergraduate and non-graduate levels (-16.8 percent) (-35.7 percent).

Refer to the table below, it shows the changes international enrollments by State.

As defined by Practical Means to Weave Security Concepts and Clauses into Contract Terms for Cloud Services, third-party services mean any service or technology included in the system pursuant to contract, license or another arrangement between the customer and a person who is not a party to this agreement.

The use of third-party service will help increase the enrollment of the students in universities and colleges. For example, when the universities have an enrollment system such as Sqayy, it will help the universities to gain more students. Through the system, the staff can do their marketing part, financing, and enrol the prospect until they will become a student in that university.

Moreover, the staff can keep track of students record and they will know how many prospects that have been enrolling for in their university in a period.

According to a report from the Huffington Post in 2016, more than two-thirds of private schools failed to meet their targets for enrolment or net income from tuition.

The income for colleges are their students, thus, the colleges need to gain more students in order for them to retain their revenue.  Fewer students mean less money which ultimately leads to a greater need for budgetary expenditure to restore these students.

In order for colleges and universities to attract more students to come and studies in their institutions, they need to allocate on a certain budget before they could generate more income for their colleges. For instance, the colleges can invest in a CRM recruitment software that automates processes and minimizes workloads.

In this challenging world, competition has always been part of the equation. The same goes to the education sectors, the universities and colleges will always compete to become the top university in the world and to produce a quality product for the future world

It is very challenging for small colleges such as Imperia College, Mont Royale College to attract the students to come to their colleges since they will have to compete with top and well-known university that offer the same program as theirs.

Therefore, the institution needs to improve their brandings by enhancing their online presence, quality of courses etc.

Employees at the marketing department across the country feel overworked, underpaid and out of solutions when they have to do a lot more work, all in the hope that they can meet their numbers.

The colleges and universities can help their marketing team by employing software that combines recruitment CRM and student management processes. This software is helpful and useful for staffs as it reduces manual work and your operation expenses.

The colleges and universities can help their marketing department by utilizing software that combines recruitment CRM and student management system. They no longer need to key-in the data manually, and thus, increases their productivity.

In this era of technology, it is important to have a system because it will help to lighten the human load when doing their job. Besides, it will also make the management and operation of the organization to run smoothly. Instead, management can use a simple – to – implement, a uniquely customized software solution to help compete with other universities, increase the number of qualified students accepted and achieve this result through excellent marketing campaigns that can be monitored through the system.

In the ever-changing world of higher education, the combination of a student recruitment CRM and admission modules can determine whether a college or university can meet the numbers of its school. 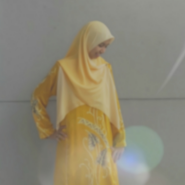 I'm a happy go lucky and an independent person

The Alternative Approach to Cost Saving and Revenue Generation

At a Glance: Kazakhstan’s Education Scene